In the early hours of Tuesday, Sao Paulo and Palmeiras go head-to-head in a local derby in the Brazilian Serie A, as the visitors look to extend their lead at the top of the table.

The home team has made a slightly inconsistent start to their Serie A campaign, picking up 18 points from their opening 12 league matches. Rogerio Ceni’s team has won just one of their last six matches in Serie A. However, on the flip side, a 1-0 defeat at Botafogo last time out ended a nine-game unbeaten run.

Their last league game followed a familiar low-scoring trend of late for Palmeiras in the Brazilian top-flight, as it was their fourth straight match to produce under 2.5 goals.

Sao Paulo have been strong on home soil in recent months, as they are unbeaten in eight home games in Serie A, having recorded six wins in the process. The fact that they have scored at least two goals in six of their last seven home league matches has been a factor in their recent stellar home record.

Abel Ferreira’s team has made a solid start to their Serie A campaign. The visitors currently sit top of the table. However, they are only above second-place Corinthians courtesy of superior goal difference.

Palmeiras are unbeaten in the Brazilian top-flight since an opening gameweek defeat at home against Ceara. A 4-2 win over Atletico Goianiense last time out means they have won six of their previous seven league matches.

They have built their recent good results on strong defensive performances, as Palmeiras have kept clean sheets in six of their last seven league matches. 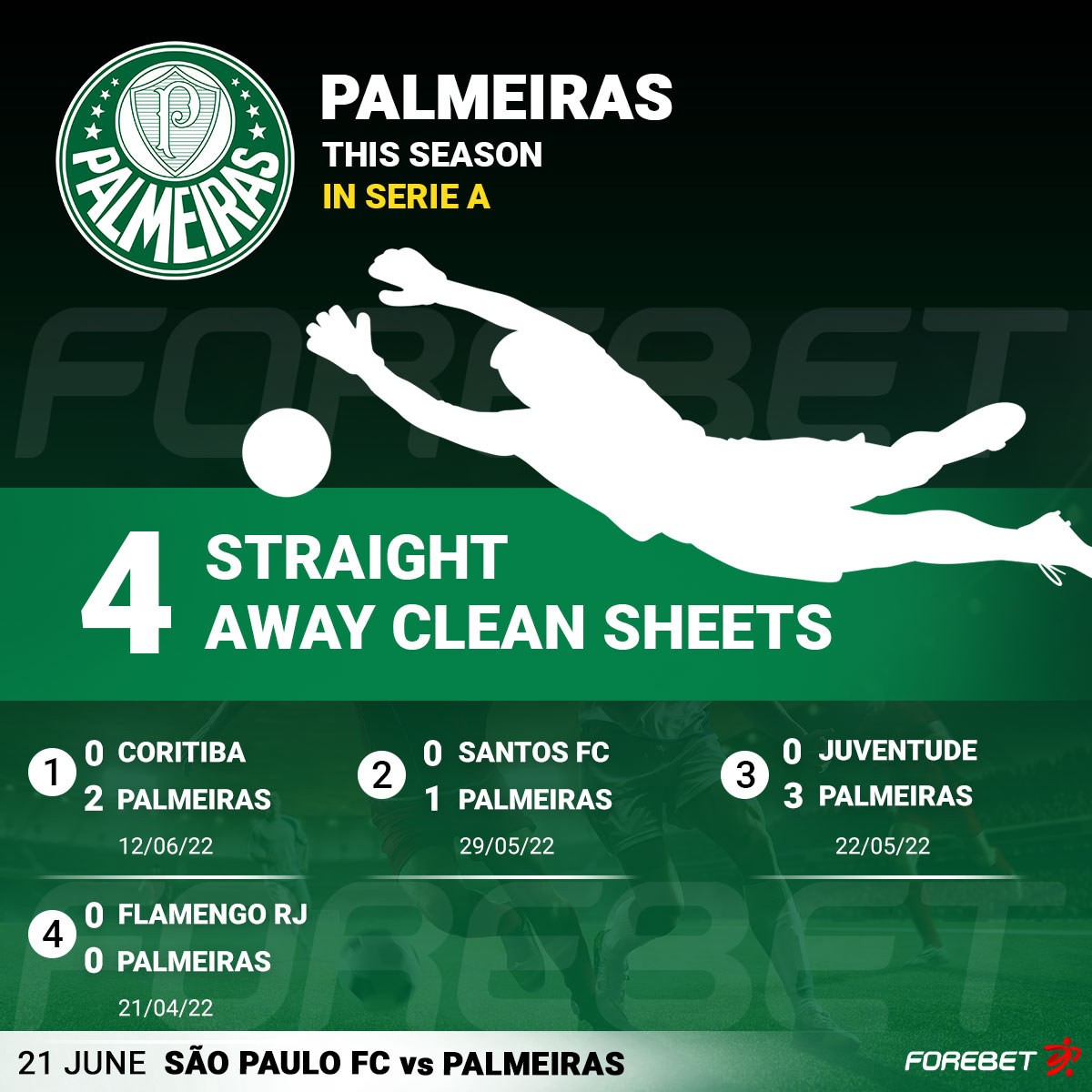 What does Forebet predict?

Forebet predicts that Palmeiras will record a narrow victory in a low-scoring encounter to stretch their lead at the top of the table.