On Tuesday, the Icelandic top flight dishes up Reykjavik derby as Valur and Leiknir go head-to-head in the nation’s capital.

Having made a dismal start to the season, Leiknir sit second from bottom in the table – one point ahead of last-place IBV.

However, it is worth noting that Valur have lost four of their previous five games across all competitions – including a 6-2 thrashing against Breioablik in the cup.

Funnily enough, Valur head into Tuesday’s clash on the back of 3-2 league victory over Breioablik – in which Patrick Pedersen scored a 94th-minute winner.

Thanks to last week’s triumph, Valur have lost just three of their previous 16 home games in the Icelandic top tier.

Valur have also scored at least one goal in each of their past 16 home league games, meaning they will be confident of outscoring Leiknir on Tuesday.

As for Leiknir, they have failed to win any of their nine league games this term – registering four draws and five losses in the process.

Granted, Leiknir can take confidence from the fact that they have drawn two of their previous three league outings.

But having won just one of their last 18 clashes in Iceland’s top flight, they look set to struggle against Valur.

To make matters worse for Leiknir, they have failed to keep a clean sheet in any of their previous nine away games in the league.

Head-to-head: Valur have won three of their past four meetings with Leiknir, keeping three clean sheets in the process.

When you look at the bigger picture, Leiknir have managed to win just two of their last eight matches against Valur.

Team news: Valur’s danger man is Tryggvi Hrafn Haraldsson, who has scored five goals in all competitions this season.

On the flip side, Leiknir will be hoping that Daniel Finns Matthiasson can add to his tally of three goals for the season on Tuesday. 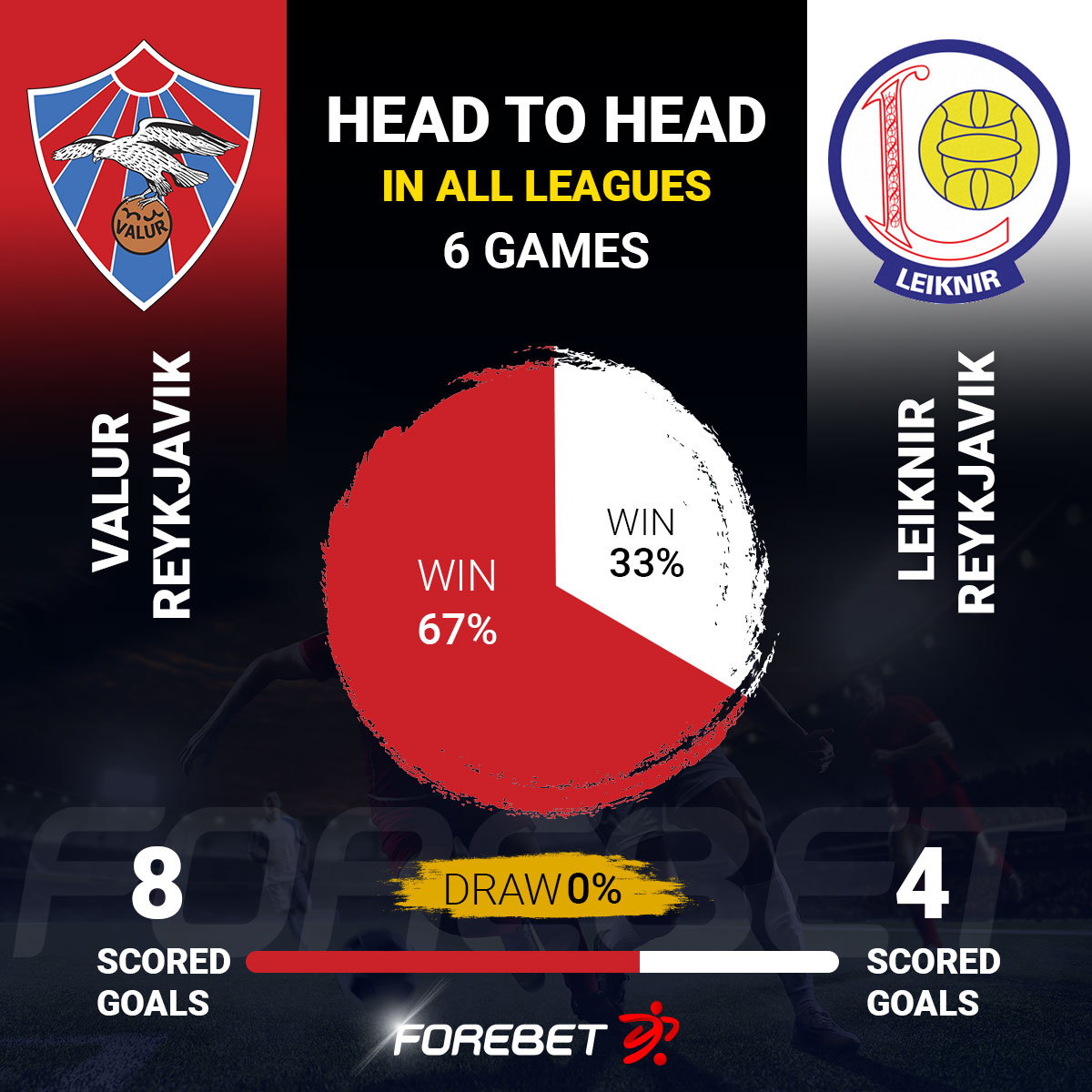 When you couple Valur’s recent record in this fixture with Leiknir’s winless start to the season, all the signs point towards a comfortable home win.

Forebet predicts that Valur will score over 2.5 goals and keep a clean sheet on their way to dispatching Leiknir.