The league leaders of the Egyptian Premier League will play hosts to Ceramica Clepoatra as Zamalek aim to stay top of the table in what has rapidly become an incredibly close title race over in Egypt.

Zamalek are still leading the way, just as they have done for quite a few months now. On the other hand, however, Pyramids are right behind them with a gap of only two points, while the serial winners of the Egyptian Premier League, Al Ahly, have been rapidly on the rise in the past few weeks, as they now sit only four points behind top spot, but with two games in hand.

It does now make this game a must-win for Zamalek, as they could find themselves down in third in next to no time, but with a four-game unbeaten run recently, the club will fancy themselves to get the job done here.

Jesualdo Ferreira’s men started this run with a victory over Ismaily, which came after a two-game losing run.

El Dakhleya were up next in the Egypt Cup, where Zamalek won 2-1, before they drew 2-2 with the rising Al Ahly, as they defeated National Bank last Wednesday 2-1.

The table-topping side in Egypt are now on 15 wins from 22 games in the top flight, and with four losses and three draws along with their 38 goals scored, no side really comes close to them right now.

What’s more, with a fantastic run in the Egypt Cup, they are also on their way to putting up a solid effort for a league and cup double.

Ceramica Cleopatra, however, are in topsy-turvy form this season and there is not that much to shout about from their perspective. They currently sit 10th in the Egyptian Premier League, while they’ve only won five of their 22 games to this point.

Much of the club’s 22 points this season have come from their incredible array of draws. 50% of their fixtures (11) have come as a draw to this point, and with 22 goals scored and 24 conceded, it’s clear to see where their problems are this season.

They did, however, manage to beat Mis Lel Makkasa 4-1 back in late May, which remains their best result to this point. 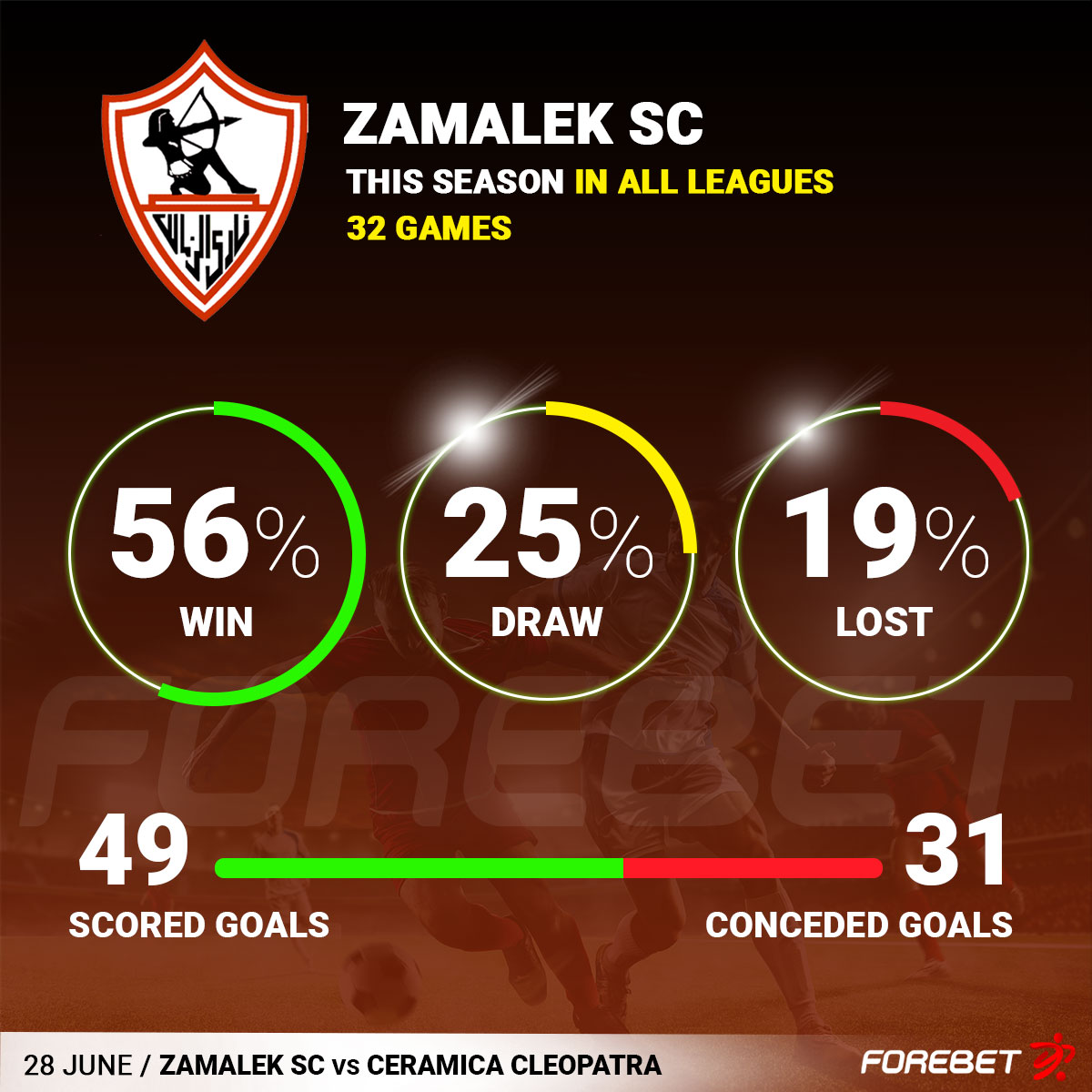 On the other hand, Cleopatra drew 0-0 with National Bank and 1-1 with Pharco within the last few weeks too, and it does mean they have only two wins from their past five.

Forebet predicts a win for Zamalek and for the game to see under 2.5 goals.