La Fiorita will take on Inter Club d’Escaldes at the ​Stadio Fonte dell’Ovo this Tuesday night with the two clubs aiming to get their Champions League qualification process off to a flying start with many more games still to come.

Both sides have now ended their seasons in their respective leagues as they both finished top of the table to make it this far.

The San Marino outfit, La Fiorita, lost just twice all season long from their 28 games in the Campionato Sammarinese di Calcio, winning 17 and drawing the other nine.

It meant the champions of San Marino finished just one point ahead of second-placed Tre Penne in the race for the title, which they managed to achieve by registering a draw on the final day of the season.

The Coppa Titano semi-finals was up next for La Fiorita before trying to seal their Champions League qualification.

They did, however, lose quite comfortably, as Tre Fiori demolished them 3-0 away from home in the first leg, before a slight revival from La Fiorita in the second leg was shut down with a 3-2 defeat.

It was also a tough run for the San Marino side in winning the league through the playoffs. A defeat in the first leg of the quarter-finals was overturned with a 2-1 victory over Fiorentino, before they met with Pennarossa in the semi-finals, only to beat them on away goals after a 2-2 draw.

To conclude their victory in the Campionato Sammarinese di Calcio, they met with the second-placed Tre Penne once more, with goals from Danilo Rinaldi and Samuel Pancotti scoring that day. Rinaldo was also sent off late on, but will be available for this game.

As for Inter Club d’Escaldes, they made hard work of their run in the playoffs over in Andorra, with them finishing only three points ahead of UE Santa Coloma.

What’s more, despite finishing top of the Championship table, Inter lost to Coloma and then drew 2-2 with Sant Julia in the Primera Divisio playoffs, which meant they finished their domestic season with just two wins from their last 10. 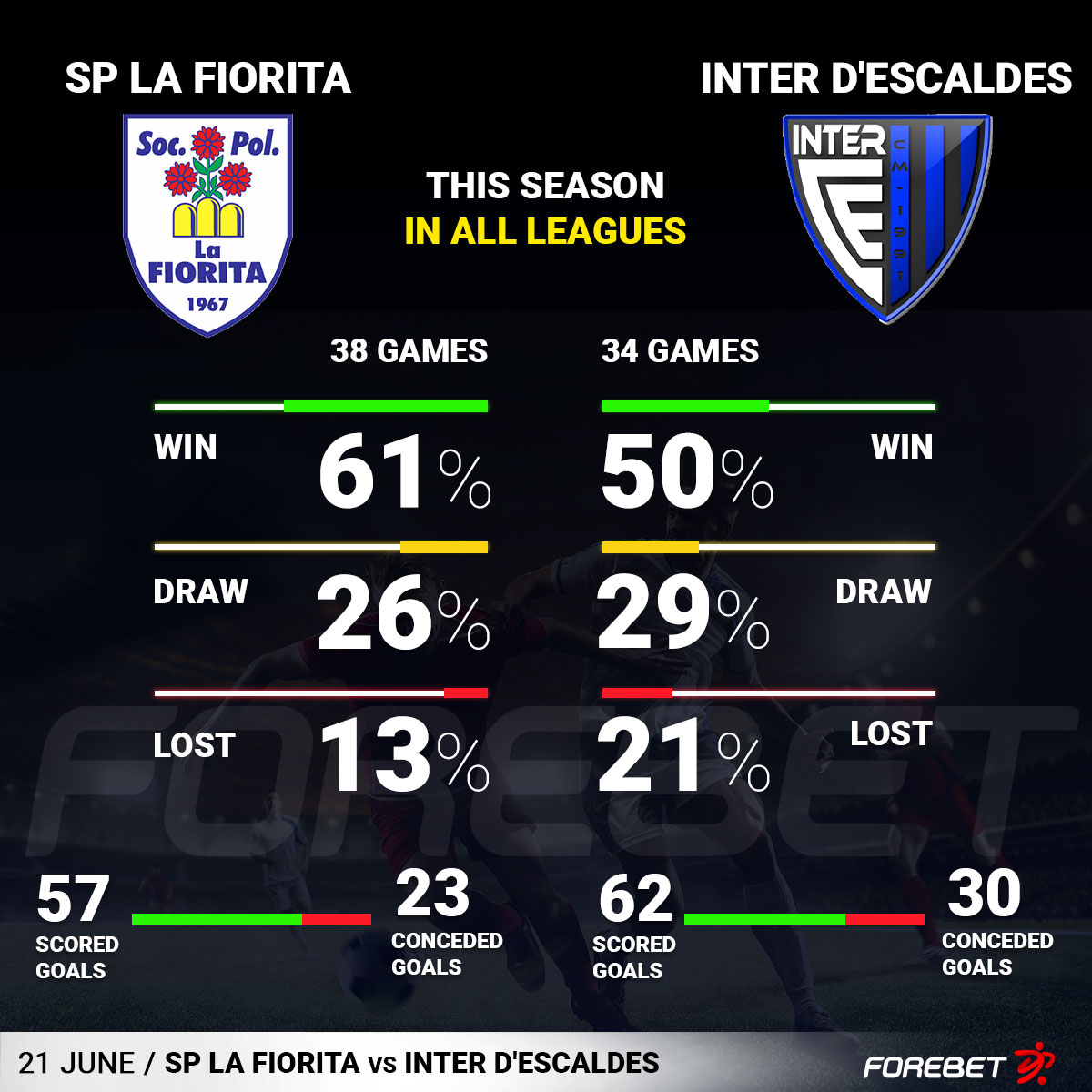 This run also included defeats in the Andorran cup final on penalties, but they did still manage to keep up a fantastic defensive and goalscoring record throughout the season with 54 goals scored and 24 goals conceded across the 27 games of the Primera Divisio.

It’s going to be a close one here, and Forebet predicts a draw and for the game to see under 2.5 goals.