On Friday night, Finn Harps host Shamrock Rovers, as both teams look to pick up points in the Irish Premier Division for very different reasons.

Oliver Horgan’s team has struggled for any form this season in the Irish top-flight. They currently sit in ninth place in the table, occupying the relegation play-off spot, just three points clear of bottom of the table UCD.

The Harps head into this game on the back of a seven-game winless run in the Irish top-flight, having suffered five defeats. Last time out, they picked up a 2-2 home draw against St. Patricks Athletic.

The game continued a trend of poor defensive displays for the home team, as they have conceded at least two goals in four of their last five league outings.

Finn Harps’ recent home record has also been poor, as they have won just one of their previous ten league matches on home soil. They have also suffered defeat in four of the last six home games in the Premier Division.

The visitors currently sit atop the Irish Premier Division table. Rovers are ten points clear of second-place Dundalk, who have two games in hand on Stephen Bradley’s team.

Shamrock has a decent recent record in the top-flight, winning three of their last four games. A 2-1 win at St Patricks last time out means they have recorded back-to-back wins after a 1-0 defeat at title rivals Dundalk.

The visitor’s recent league matches have been relatively low-scoring, with under 2.5 goals scored in four of their last five games in the Irish Premier Division.

Shamrock may need to improve their away form if they are to stay ahead of Dundalk, as they have won just two of their previous five league matches on their travels. 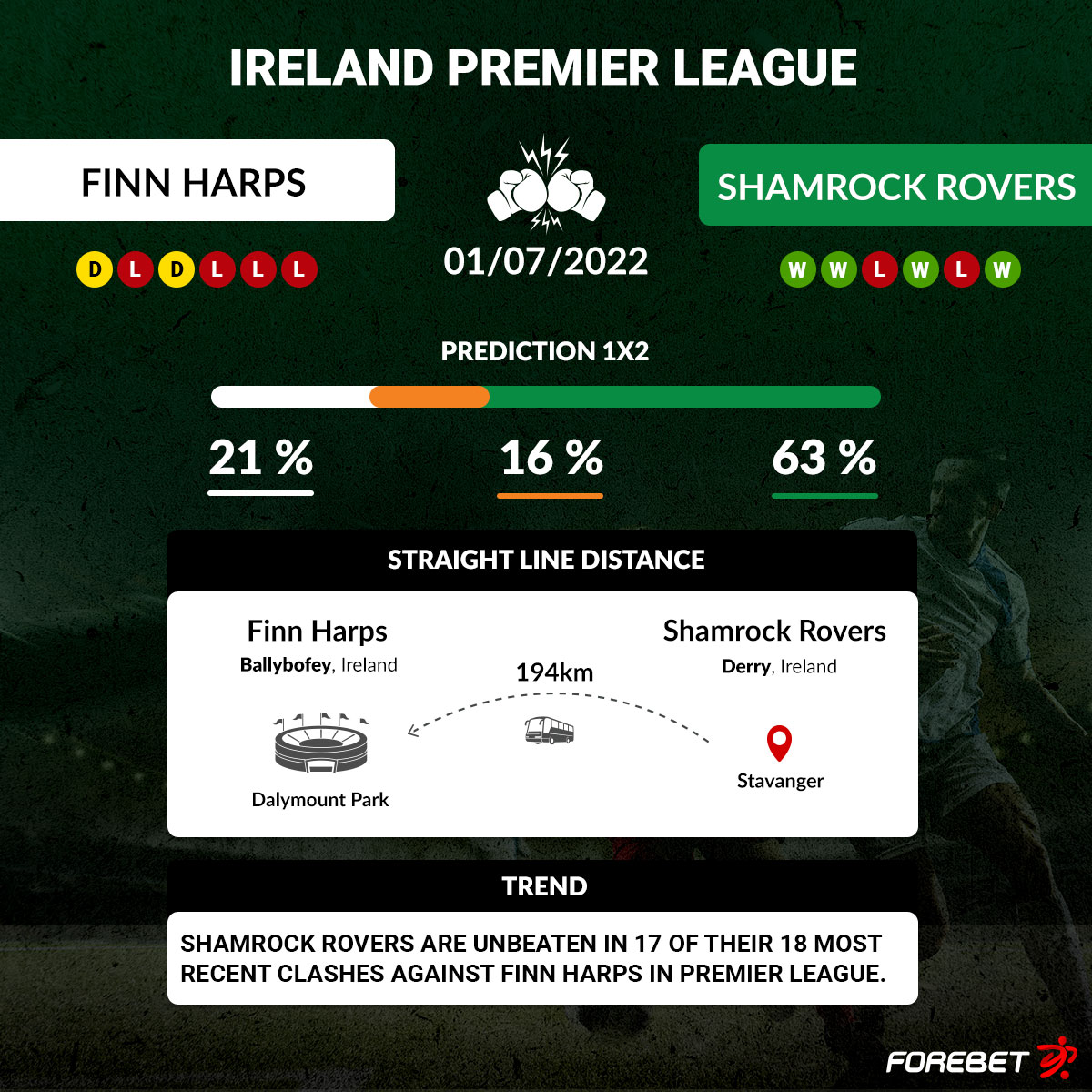 What does Forebet predict?

Forebet predicts that Shamrock will record a victory in a low-scoring encounter to maintain a healthy lead at the top of the table.