The Chinese Super League offers up a midweek set of matches for the masses. Round No. 7 will take place this week and one of the big fixtures set to take place is Beijing Guoan versus Chengdu Qianbao.

This will be the second match of the month between these teams. On June 8, Beijing Guoan defeated Chengdu Qianbao 3-2. Chengdu amazingly had three players receive red cards.

Chengdu Quianbao were promoted from China League 1 at the end of last seasons. The team is 15th in the Super League table and has found life difficult in the top flight of Chinese football.

Although Chengdu are winless in the last six Super League games, they have drawn each of their last four matches. All four of those points are Chengdu’s total this season after six matches.

Beijing Guoan are on a two-game winning streak at home. Six points from nine have been picked up on home soil this season. Two of their three home games finished with over 2.5 goals scored.

Chengdu have picked up two points from nine away from home in 2022. They have been outscored 3-1 on their travels. Two of Chengdu’s three road games in 2022 finished with over 1.5 goals tallied.

Guoan are led in goals this season by Zhang Yuning with six. The China international has exactly 50% of Beijing Guoan’s goals this term.

Chengdu’s five goals this season have been split between four players and an own goal. Korean player, Kim Min Woo leads the team in assists with two. He has been and will continue to be Chengdu’s main creative player in the side. 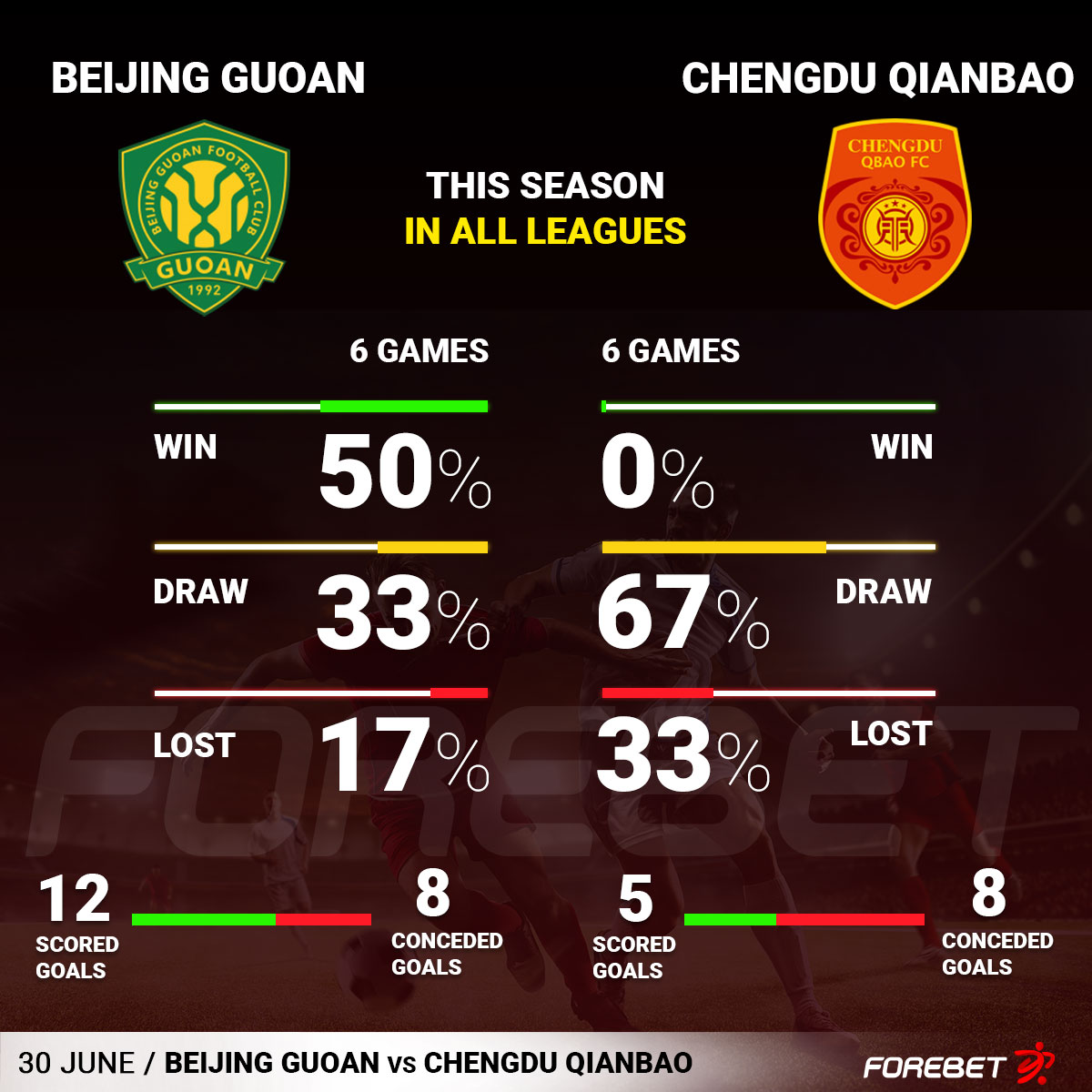 Brazilian foward Felipe Sousa is yet to get on the scoresheet. Signed in 2021 from South Korea’s Gwangju FC, Sousa has only one assist to his name in the Super League.

Beijing Guoan claimed a 3-2 win in a fiery game in the teams’ previous meeting this month. The capital club should post a second straight win against Chengdu. This time, Beijing Chengdu should get a 3-0 win and Yuning could get on the goal sheet once more.